The Mother Temple of Besakih, or Pura Besakih, in the village of Besakih on the slopes of Mount Agung in eastern Bali, Indonesia, is the most important, the largest and holiest temple of Hindu religion in Bali,[1] and one of a series of Balinese temples.Perched nearly 1000 meters up the side of Gunung Agung, it is an extensive complex of 23 separate but related temples with the largest and most important being Pura Penataran Agung. This is built on six levels, terraced up the slope. This entrance is an imposing Candi Bentar (split gateway), and beyond it the even more impressive Kori Agung is the gateway to the second courtyard.[2] 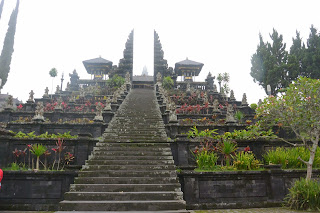 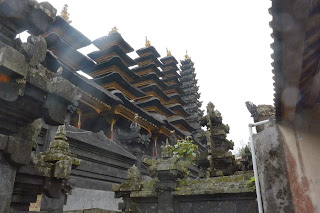 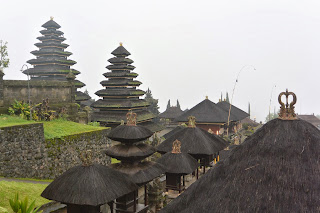 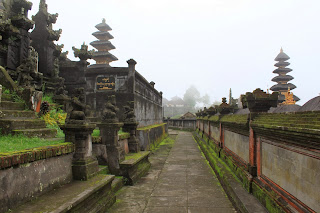 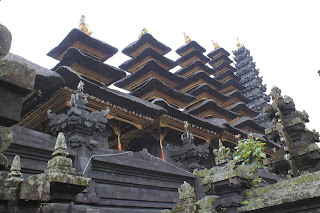 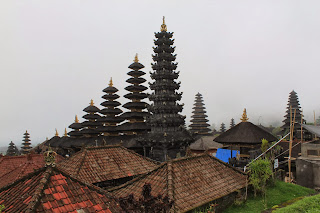 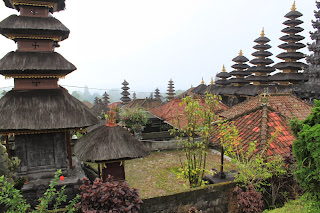 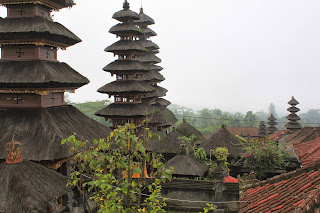 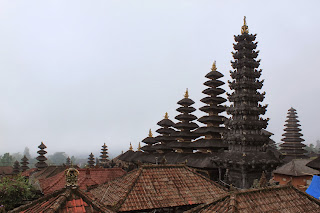 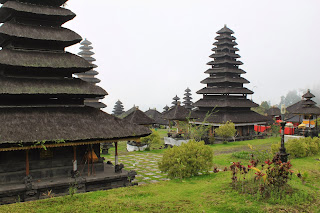 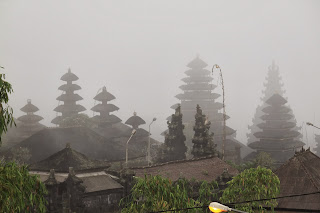